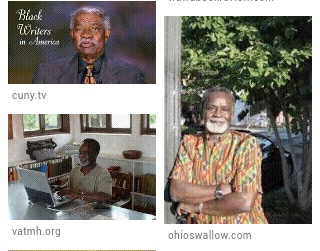 Introduction To The Poem

“I came home with the ashes of she who was my wife,..” is the first line of the poem Homecoming by Sly Cheney-Coker to indicate that the poet’s motive was less of reminiscence rather of mourning.

Syl Cheney-Coker, known with the Commonwealth Writer’s Prize among other awards, is a Sierra Leonean poet, novelist and a teacher. Born 28-06-1945 in Creole, Freetown. A very compassionate and creative poet.

Wikipedia says of his writing style, “he is concerned always with how he will be read; his poems are radical and ardent, but also erudite and allusive, which can distract a reader from Cheney-Coker’s ideological project.”  he wrote the poem title Freetown which shares the same title with one of Gladys Casely-Hayford’s poem.

Themes of the poem

The themes are (1) Death and its associated sorrow,  (2) Human destructive nature. There are more than one death account in the poem both humans, animals and non living things. The one that mattered most to the poet is the death of his wife which was as a result of cancer (as mentioned in his poems title To My Wife Dying of Cancer 1 & 2). We see the human careless destructions from the angle of the poet’s cherished garden been destroyed by a certain neighbor.

Structure of the poem

This is a nineteen line free verse poem of two stanzas. The first stanza consists of ten lines while the following stanza maintained nine. The first stanza concentrated on returning to a lonely home where the poet’s wife and his dogs are dead. The second stanza was more nature oriented by telling of the poet and wife love for gardening only on the contrary, a dead neighbor_ who was mourned “in his unfinished house” had destroyed the poet’s garden prior his return.

Summary of the poem

According to stanza one, the poet returned home with ashes of his wife and cast his huge eyeballs through the empty rooms she had deserted. She was fragile as flower_ he thought within himself and felt sober to the extent that his dead mother came to console him. Amidst such he wrote this poem on a termites infested table without a pen. He also shifted a bit his thoughts to the alternative (the dogs) by stating in lines 7 – 9, “No dogs play in the yard, I think of their old brawls/ the bullet-riddled one, especially, that I buried/ near the spot where my wife planted the avocado”.

In stanza two, the poet agreed that the dead deserved quiet rest in his garden but a certain wayward neighbor who didn’t see any good in having a garden, destroyed it in his absence; “the avocado, all the other trees though in lines 15 – 19, “his ghost a ghoulish presence/ in his unfinished house; the nights of his noisy relatives/ his legacy of a wanton dream to torment me/ as I go to sleep, thinking of planting a new tree/ for a soul that was always smiling”.

Samuel C Enunwa aka samueldpoetry
(the Leo with wings flying)