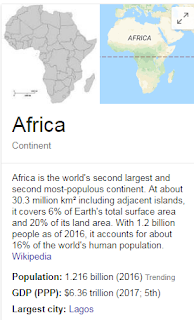 Are you thinking of having a clearer idea of the poem “Young Africa’s Plea” by Dennis Osadebay? Here is naijapoets.com.ng review regarding to the poem.

Dennis Osadebay is a Nigerian author, poet, and lawyer. He received his university education in the United Kingdom, where he was called to Bar. At a certain point, Osadebay was the Premier of the Mid-West Region of Nigeria.

As the title of the poem suggests, the poem speaker is seen begging for his freedom of choice and his freedom of association. The is culturally inclined and somewhat relates to the issue of human race and difference in colour.

The poem speaker addresses some abstract subjects (the African rulers) warning them not to push his culture aside like something out-of-date in other “to suit” an alien culture. The poem speaker further pleads for the opportunity to be allowed to live with both culture on a balanced scale; believing that in such way he will “have untrammelled growth” and his friends will not regret he did leave with both culture because he will always keep them in the best part of his mind.

Line 1-3, you should not throw my culture, customs and believes into the bin like something expired so as to favor the colonialists customs.

Line 4-6, because such newly imbibed colonialists culture can never be better than mine.
Line 7-9, allow me to work with both customs and ideologies by managing the new culture with my African sense of reasoning.
Line 10-13, this way I’ll easily be able to mingle and level up with the whole world and be a very better human.
Line 14-16, have you ever wondered why those who look down on me in public fear my strength in private of their hearts? It’s because they know I have abilities and “I am no less a man”
Line 17-20, allow me this freedoms, and I’ll make sure that my friends don’t regret I’m living with two different cultural ideologies.

The Style, Preoccupation and Structure:-

Young Africa’s Plea by Dennis Osadebay is another beautiful cultural poem. It gives in line with poems like Piano and Drums by Gabriel Okara, Anvil and the Hammer by Kofi Awoonor; what differentiated this poem is that it begs for the opportunity to live with both cultures amicably. It has a simple style and the dictions are very easy to understand.

Dennis Osadebay was so preoccupied with the fear of loosing the values in his African culture to the European culture and from the second person point of view, he begged to be allowed the privilege to live with both cultures than favoring one for the other. The poem is structured with no specific end rhyme pattern or rhythm. It is a straight single stanza poem of 20 lines that flow from head down to toe.

The Figures of Speech:-

It is no doubt that poetic devices are one among the flavors of any good poem and this poem has loads of beautifying figures of speech.

“Let me” is a repetition in the poem used to emphasize the mood of the poem, there as well, there is a simile in line 2, “As some fine curios”, imageries, symbolisms “white historians” which implies the European colonialists and the “black man” which implies an African, plenty of alliterations; line 7, 8, etc.
Few words in the poem to be explained are:-
1) curios in line two, they are things which serve as a reminder of the past.
2) tastes in line three, means liking.
3) talents in line thirteen, means the natural abilities.
4) untrammelled growth in line seventeen, the opportunity to develop without restraints of any kind.

The theme of cultural differences, where the poets doesn’t deny the usefulness of the new culture but requests the two be used together to make him a better man.

The theme of friendship, where the poets aims his actions towards things that will gladden his friends and make them proud of him. The theme of colonialism and volatility of African leadership in such era: “Don’t preserve my customs/ As some fine curios/ To suit some white historian’s tastes” (line 1-3)

Don’t preserve my customs
As some fine curios
To suit some white historian’s tastes.
There’s nothing artificial
That beats the natural way,
In culture and ideals of life.
Let me play with the white man’s ways,
Let me work with the black man’s brains,
Let my affairs themselves sort out.
Then in sweet rebirth
I’ll rise a better man,
Not ashamed to face the world.
Those who doubt my talents
In secret fear my strength;
They know I am no less a man.
Let them show their noble sides,
Let me have untrammelled growth.
My friends will never know regret
And I, never once forget.
Copyright © Dennis Osadebay, all rights reserved.