Skip to content
Poet; this is generally known as a writer or composer of a poem. This subject can be explained in diverse ways as inspiration directs. From the African perspective (Yoruba people

) precisely, were originally oral composers referred to as Akewi (or Alagbe which seems derogatory). Most professional ones were found in the palaces amusing the king and serving as a first hand informant to the king as to which visitor approaches the palace; some people call the Akoda-Oba and their early morning poetic chants are referred to as Rara.
Enough of the Yoruba ideology of poet, in the western world, according to Wikipedia, poets were found working for the royals. As time goes on being a poet became a part-time thing.

“The Renaissance period saw a continuation of patronage of poets by royalty. Many poets, however, had other sources of income, including Italians like Dante Aligheri, Giovanni Boccaccio and Petrarch’s works in a pharmacist’s guild and William Shakespeare’s work in the theater.

In the Romantic period and onwards, many poets were independent writers who made their living through their work, often supplemented by income from other occupations or from family. This included poets such as William Wordsworth and Robert Burns.” says Wikipedia. 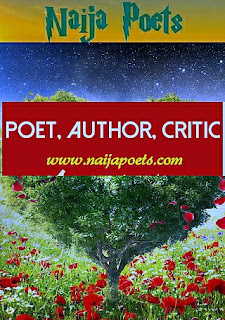 Author: It is not a crime to call an author a creator. An author is the writer of literature whether poetry, prose or drama. Author can further get their works published even then, not all authors get their work published and not all published works are pioneered by the written author.
Being an author can be very lucrative; in terms of reward, royalty and acceptance. Eras affect the reward rate of being an author. This period of ours, pedagogical authors, internet-famous authors and religious authors reap higher reward of publishing. Some heads have channeled the blame of dwindling profitability of being an author to claim that readership has drastically declined but I’m of the believe that the decline only affect the reading of paper publications while the online or perhaps the internet publications keep witnessing higher and higher readership as days come by.